: The Schapendoes (also known as the Dutch Sheepdog) is a member of a wide-ranging group of long-haired herding dogs that have densely coated heads. At the turn of the century the breed was well known in the Netherlands, being prized for his intelligence and the tireless pleasure that he took in his work. Following the World War ll, the breed was resurrected from a few remaining individuals. The first breed club was founded in 1947, a standard written in 1954, and complete recognition came in 1971. The Schapendoes was recognized by the United Kennel Club in 2006.

: The Schapendoes is a medium sized, lightly built, long coated dog that is equipped with great endurance, mobility and speed. His movement is springy and he is a remarkable jumper.

: This is a true herding dog in character, body and soul. He is attentive, courageous, intelligent and watchful. He is extremely loyal and affectionate towards his family.

: The abundant hair on the head gives it the impression of being bigger, and particularly broader, than it actually is.

: The skull is almost flat, with a moderate frontal furrow and well defined superciliary arches. It is broader than it is long. The stop is clearly defined but not steep.

: The bridge of the nose is placed a little lower than the line of the skull.

: The muzzle is shorter than the skull, deep and broad to the end, which is only slightly rounded. The underjaw is well-developed and the cheeks are prominent.

: The Schapendoes has a complete set of evenly spaced, white teeth meeting in a scissors bite.

: The eyes are fairly large, round and set forward on the skull. They are brown in color, and should not give the impression of being black. The expression is honest, open and lively.

: The ears are set on fairly high, and hang freely, but not close to the head. They are not large or fleshy. They are well covered with hair, and mobile, but should not protrude beyond the outline of the skull.

: The strong, clean neck carries the head well up.

: In proportion, the Schapendoes is slightly longer than tall. The skeleton is fine-boned and elastic. The chest is deep, with good forechest, and the ribs are long and moderately well sprung. The topline has a slight curve over the muscular loin. There is not too much tuck up.

: The shoulders are well-angulated.

: The feet are fairly large, broad and oval, with tight toes. The pads are thick and springy, with plentiful hair between them. Dewclaws are allowed.

: The pelvis is sloping.

: There is moderate angulation at the hock, and the rear pasterns are short.

: The natural gait of the Schapendoes is a gallop, not a trot. He must be light-footed and springy, and not waste energy.

: Dense, double and lightly waved. Approximately 3 inches long in the region of the hindquarter. Definitely curly or frizzy hair is unacceptable. The individual hairs are fine and dry, never silky. The coat sometimes stands off in tufts. There is a definite topknot, mustache and beard.

: All colors are permitted, but preference is given to blue-grey to black. 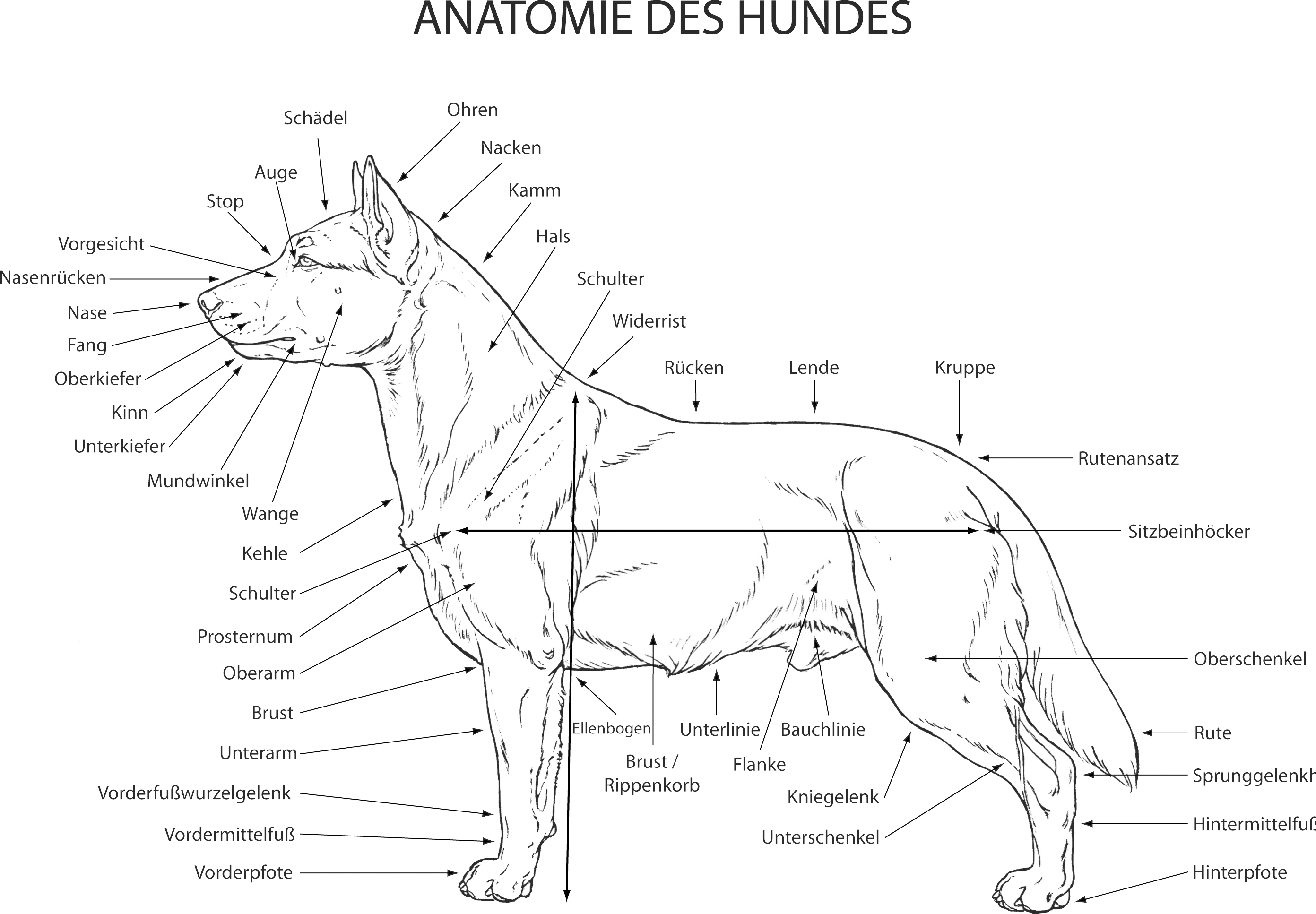